skip to main | skip to sidebar

Wanna see me make comics (and maybe animations) on a regular basis? Wanna help me pursue making a living off what I love to do without having to pay me anything?

Then step right up and visit my new comic blog Tubes and Noodles! 8D

Co-authors include Erica Riedy and Louise Fitzpatrick (Helgoth11 and Internetghostpig on deviantART), so if you hate me but love them, then there will still be something for you to enjoy!

Update 05/18/2014: If you still were paying attention to this and hoping for more, I don't think you should expect any updates.  I have never really been very good at comics and am focusing my sights on animation nowadays.  Sorry if there's any disappointment in that.
Posted by Kevin Lordi at 1/31/2011 04:07:00 PM No comments:

There's all sorts of products in it, hopefully someone will buy something someday.

This Needed a Title

I finished the first episode's script and am waiting to receive all the voices. You've probably seen the theme song at this point...

But as a special treat for the 2 people who still look at my blog, here's some background concepts I've prepared for this show! 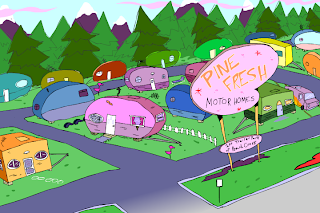 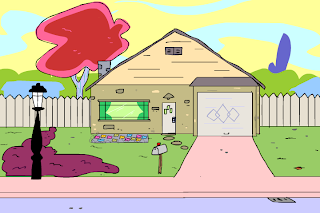 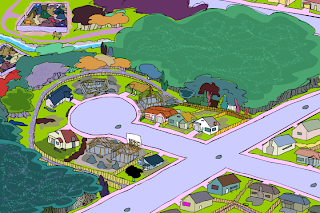 TEN MINUTES UNTIL THE END OF THE MONTH AND I MISS THIS MONTH'S UPDATE. 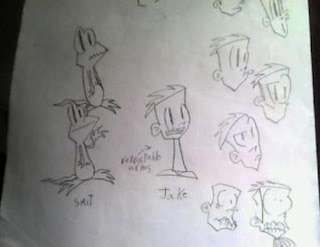 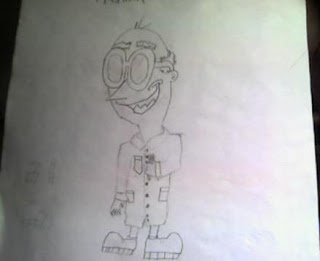 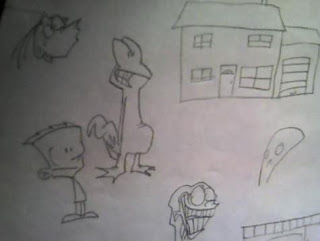 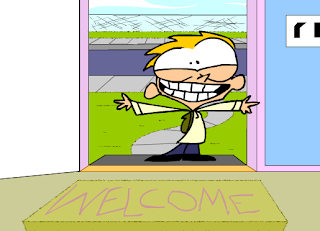 First Weeklings drawing (Circa May 2005):

Edit 05/18/2014: The Weeklings characters are referred to as the Wolfpack nowadays! 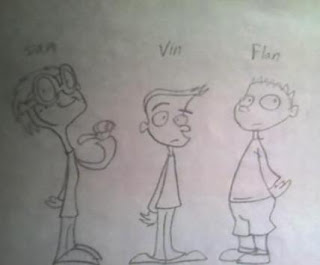 MY COPY OF THE MOVIE IS GONE FOREVER :D

Wow, my luck SUCKED this week. The day after I posted that suspense/hope-building post, my computer DIED. Don't worry, though. DTTAH movie, DTTAH script, and other important stuff are safely tucked away elsewhere on the Internet or on my friends' computers. While I'm stuck here using my mom's crappy laptop (craptop?), I hoped to at least scan stuff, since I'm not allowed to animate on this, and this computer DOES connect to my scanner. BUT I CAN'T FIND THE PLUG, SO THERE GOES THAT PLAN.

Here's a drawing Erica and I did together during our four days of bliss: 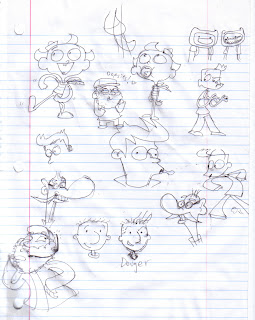 I drew (from top to bottom) the Pen/Phynn on the right, the Flapjack on the right, the short-sleeved Vin, the bottom half of that OOPSIES Thurop (below his arms), the unfinished Philip J. Fry, the Mung on the left (started off as a Shnitzel, just to explain why his neck's so straight), Douger, and Thurop On The Phone.
Posted by Kevin Lordi at 8/16/2008 09:31:00 PM 3 comments: 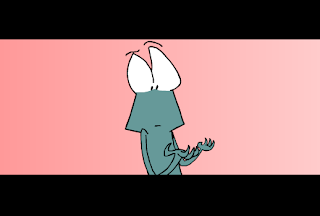 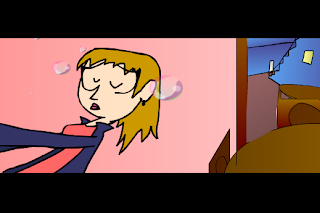 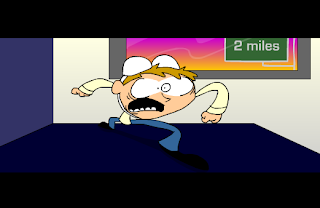 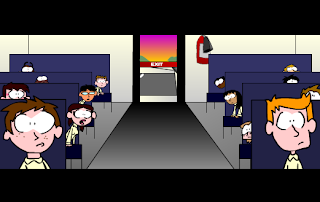 Rock Monster Been Very Very Good to Me 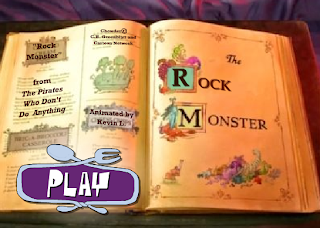 To sum it all up, Rock Monster exploded with popularity and was linked to on the creator's blog, all in less than an hour. GO TEAM!